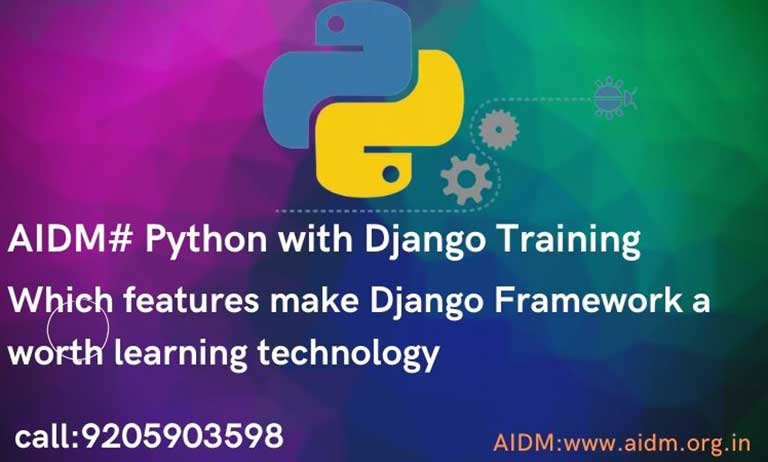 We start learning any technology because of its features and demand in the market. There are multiple reasons for learning the Django framework, which we will discuss in this post and we will also try to understand why its demand is increasing day by day.

One of the main reasons for learning Django Framework is its documentation in comparison to other open-source technologies.

Well, the existence of documentation of any technology means having good liberty for the developer.

There are a lot of places where a developer can learn Django Framework and become an expert in this field. Based on the documentation of any technology, it is graded in the good categories of the framework which can be efficiently utilized by the developers.

With the release of Django framework as an open-source, its documentation is getting better and the trust of developers is continuously increasing on it.

And if you talk about learning of this interesting framework, you can easily find a Data Science course in Delhi or wherever you live.

A framework of Python language

Python is one of the easiest and demanding programming languages in the IT industry and Django is the most favourite framework of Python developers.

This single framework can solve almost all the problems of a python developer, that is why Django is rather demanding in the industry.

These features and libraries make it a worth learning framework but one should have basic knowledge of python before engaging in the learning of Django framework.

Being simple & logical, it has a rapid development, therefore it becomes the most favourite framework for python developers.

As we know that sometimes search engine algorithms don’t rank a website which is not optimised as its algorithm and all developers create human readable websites and it has to submit in the URL form on the server so that it gets recognized by the search engine.

But Django has that concept of creating and maintaining websites in the form of URL rather than IP address, which is easily understandable by the search engine.

A Developer does not have to convert URL into any numeric code, Django Framework automatically makes it compatible according to the search engines.

This is not all about the process but a gist of it to make some understanding about it.

For better understanding of Django Framework, you can join the best Django institute in Delhi.

Giants companies always seek for their growth and scale their business to the next level without any error in their technology.

For example, a platform like instagram creates huge amounts of data by its regularly increasing users (assume a terabyte a day), so its programmer needs to make it errors free.

They face many difficulties and keep updating their knowledge or code timely. Programmers like instagram have created Django, so this framework is ideal for anyone who wants to create scalable and error free websites.

After getting tested Django framework was released with open source code that makes it open for everyone and allows to make their business scalable without any error.

Another famous characteristic of Django Framework is its versatility. Although its logical project and MVT architecture sometimes seems very limiting, its files provide us with a robust foundation that allows us to create any application whatever we require.

It allows us to extend with our technology and fits with all standards of industry.

Therefore, it is considered as the feature of the web development industry and some of the developers already start preferring Django Framework.

It is highly secure and to prove this feature you can take examples of a lot of globally published websites which gain huge amounts of traffic daily.

It is secure because it covers all loopholes which are not covered in any other technology. If a developer is working with Django, he can easily assure you with the security of your website.

They start creating Django from scratch while that accounts its other features as well, but this level of secure coding we can not get in any other programming technology.

When we start learning a new technology, we always want to make sure that it should be powerful enough to accept dynamic changes of the industry and the good news is that Django fulfil that standard very well.

It is existed in the industry for more than one and half decade and continuously beating the other popular frameworks like Laraval(PHP).

It matches with all international and it gets clear with the fact that many giant companies are developing their projects on Django.

Its developers regularly publish its updates since it came into existence, they have taken care of all the errors and bugs they have faced yet, so it is good to invest your time to learn this framework.

Rapid development means there is no need of having expert backend knowledge to make a fully functional website. It doesn’t need to set up separate server files to create the database and connect the same while transferring data from another server.

These features half the time of a project and decrease costing as well and both are important aspects for the both developer and client.

It allows us to handle many complex tasks with the help of all the features we have discussed above.

We have covered the important features of Django Framework but still there more which also indicate the same thing. Django has a huge community across the world so developers can learn about the problem they are facing from many sources.

With this thought every programmer tries to develop this skill and if you also create an urge to learn this skill, join the Django course in laxmi nagar Delhi.