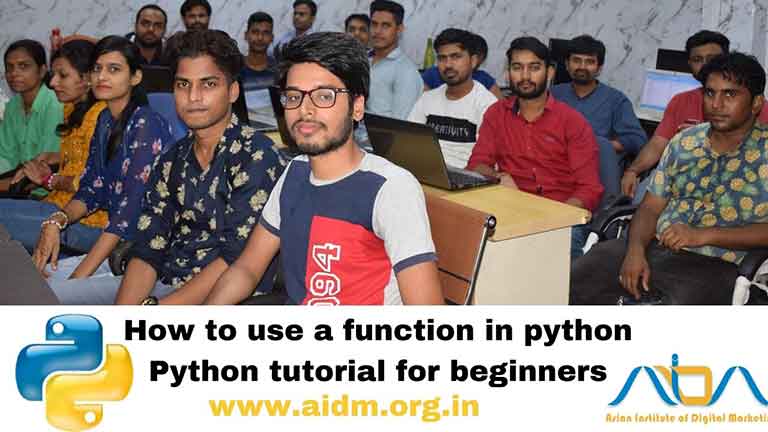 When a group of a certain number of related instructions are used together is called as functional in Python programming language. They are a reusable block of codes which are used to perform a specific task. functions are executed only to perform a specific task and they are specially called. Depending upon the task, it may carry out return value.

Including functions in a program helps to make it more organized and manageable. Especially, while working on a large program, having small code block can increase the readability of the code along with it improving the final results.

There are some set of rules which need to follow while defining a function:

Syntex for writing a function in python programing

How to call a function in python

#This function will print the passed string

How to add Docstring in a Python Functions

The first statement or string in any Python function (optional statement) is called a docstring. It is utilized to quickly and freshly portray what a function does. ‘Docstring’ is the abbreviation for ‘documentation string’.

Despite the fact that remembering a docstring for our function is optional, it is viewed as a decent practise as it increases the readability of the code and makes it easy to understand. We utilize triple statements around the string to write a docstring. A docstring can also reach out up to numerous lines.

Boost your career as a python developer by joining the best python training institute in Delhi.

“’ This function will print the passed string’”

print(“value of x inside the function”, x)

print(“value of x outside the function”, x)

value of x inside the function 5

value of x outside the function 10

We have given a brief of the information about the function in python programming language. If you are still hungry to learn more, you can join our Python tutorial for beginners which is also available online.

For getting certified and having the best career growth, look at our Python training institute in Laxmi Nagar Delhi.